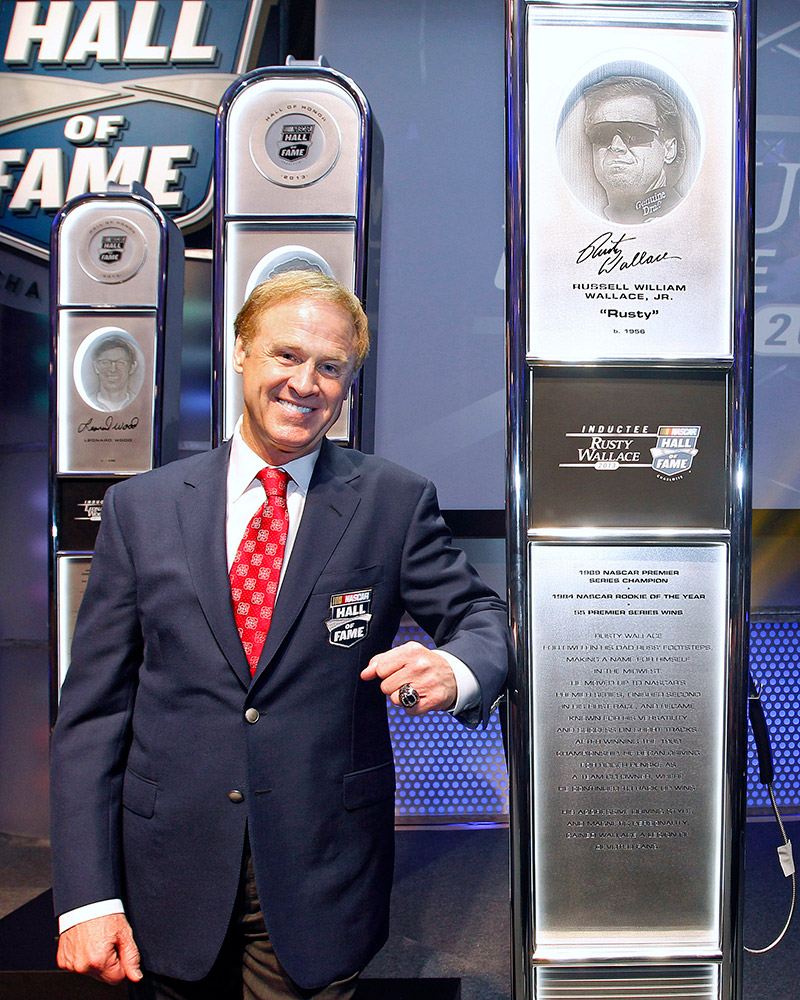 NASCAR Cup Series (All ranks current as of Rusty’s retirement in 2005.)

Other Major Championships and Accomplishments

Other Racing-Related Honors and Awards

Other Awards and Recognitions

In his final year on the NASCAR circuit, Rusty Wallace left fans with an appreciation for his many contributions to NASCAR’s growth and popularity. Nine NASCAR tracks permanently honored Wallace, and over a dozen state, city, and county seats of government declared race day as an officially recognized Rusty Wallace Day. Following is a small sampling of such honors: