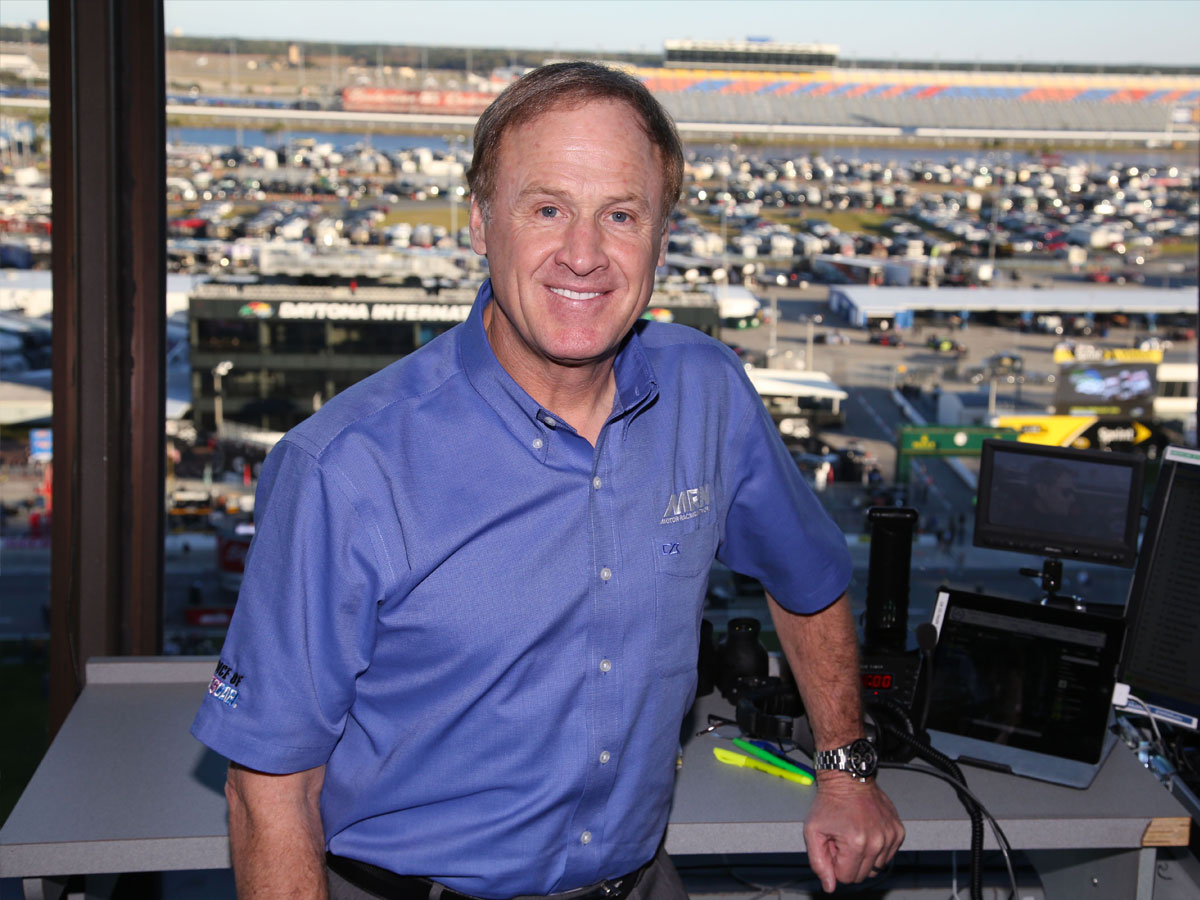 For nearly 40 years, racing legend Rusty Wallace has delighted racing fans not only with his hard-nosed and aggressive approach to racing, but also with a personality and charisma that are unmatched in the sport.

Wallace—the 1989 NASCAR Cup Series Champion, 1984 Rookie of the Year and 55-time Cup Series race winner—will go into history as one of NASCAR’s finest drivers. For 16 straight seasons, Wallace won at least one race in NASCAR’s Cup Series, marking the third-longest such streak in history. At the time of his retirement in 2005, Wallace’s 55 victories marked the eighth-best all-time total and his nearly 20,000 laps led ranked seventh all-time.

Wallace’s on-track success was not limited just to NASCAR, however; he is also a former winner of the International Race of Champions (IROC). In 1991, he bested many of the world’s greatest drivers for the series title, becoming the only driver in history to win three of the series’ four events in a single season.

As one of the main protagonists during NASCAR’s meteoric commercial rise of the 1990s and 2000s, Wallace is often credited as being one of the catalysts behind the mainstream appeal the sport enjoys today. At the NASCAR awards ceremony in 2005, he was presented the NMPA Myers Brothers Award, given for outstanding lifetime contributions to the sport of stock car racing.

Wallace’s more recent undertakings have allowed him to continue putting his vast knowledge and charismatic personality to work. In 2006, he was named Lead Auto Racing Analyst for ABC and ESPN, providing analysis for the networks’ 2006 and 2007 broadcasts of the Indianapolis 500. He went on to headline the networks’ return to NASCAR in 2007 and maintained that role through their exit from the sport at the end of the 2014 season. Currently, Wallace serves as Lead Analyst for MRN Radio—the Voice of NASCAR—where he is heard on more than 700 affiliates nationwide, as well as on Sirius XM Radio.

In addition to his racing analysis, Wallace remains an active competitor, as owner of Rusty Wallace Racing, which has fielded entries in the NASCAR Cup Series and NASCAR Xfinity Series.

Rusty is also active in other business pursuits. In 2005, he became the first driver in recent history to design a professional racing facility, when he inked the plans for the 7/8-mile Iowa Speedway. The facility opened to rave reviews and currently hosts rounds of the NASCAR Xfinity Series, the NASCAR Camping World Truck Series and the IRL Indycar Series.

Wallace is a sought-after public speaker and the principal stakeholder in the Rusty Wallace Automotive Group, a collection of eight automotive dealerships located in eastern Tennessee.

Aside from his business interests, Wallace is also a board member of The NASCAR Foundation—the sport’s foremost charity initiative. In that role, he serves on the foundation’s development committee, charged with fundraising for the foundation’s mission of helping children live, learn and play.

While he remains as intense as ever, Rusty Wallace’s hobbies include golf and flying—he is an avid pilot with nearly 12,000 flight hours. Wallace has three adult children and resides near Charlotte, NC with his wife, Patti.